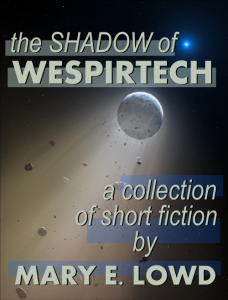 When the scientists at Wespirtech make mistakes, entire alien races suffer.  Not every scientist is cutout for that level of power and responsibility — some of them retire to Crossroads Station.

Read about the aliens, robots, refugees, and runaway scientists who call Crossroads Station home — even if they are still living in the shadow of Wespirtech.