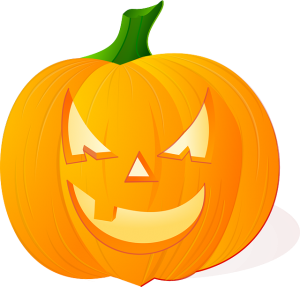 Last week, we gave you a treat — two Shreddy the cat stories.  Today, we have the corresponding trick — a trio of bite-sized stories that add up to a mouthful of nightmare:

END_OF_DOCUMENT_TOKEN_TO_BE_REPLACED

Exhausted, Junie watched her five-year-old daughter and two toddler sons play with Gorvall.  They stacked up colored blocks and knocked them down. Gorvall’s long gray fingers helped pry apart the building blocks that stuck together.  The colorful towers reflected in his large, teardrop-shaped black eyes.

END_OF_DOCUMENT_TOKEN_TO_BE_REPLACED

Standing in the hospital lobby, Daniel spread his hands over the shirt covering his flat belly.  He tried to imagine the alien life growing inside him, but it didn’t seem real.  He didn’t feel any different than he had a week ago.

A couple women walked by Daniel, chatting with each other.  The base’s hospital was otherwise quiet at this time of evening.  Daniel turned back toward the row of glass doors that led out to the dry, desert air of Eridani Mu, wanting to leave the hospital.  The buildings of the human base were under the shadow of twilight now, but the majestic spires of the alien city in the distance were still lit by the pink-and-orange tinged sunset.  In only five years since the humans had crashed here, those spires had grown and stretched until they dwarfed the human base.  END_OF_DOCUMENT_TOKEN_TO_BE_REPLACED

Chloe lay on the table in the doctor’s office, wearing a paper sheet over her legs and one of those weird gowns that opened in the back.  She didn’t want to be pregnant, but she didn’t want to need an abortion.  She couldn’t help thinking about David — it had to be David — and what amazing genes he must have.  He’d talked like a character out of a fast-paced TV show, everything clever, insightful, and… much too articulate.  END_OF_DOCUMENT_TOKEN_TO_BE_REPLACED

For the last week of Furry Book Month and the week before Halloween, we have two stories for you…

Mice raised from the dead!  Zombie puppies!  Foolish dogs!  And a grumpy cat who’s too clever for his own good!  Read the story that started it all, the very first story about Shreddy the cantankerous tabby cat — The Necromouser.  And then read the story where Shreddy first meets his unwanted companions, Cooper the empty-headed toy Labradoodle and Susie the lovable Cavalier King Charles Spaniel — Shreddy and the Zomb-dogs.

If you enjoy these two stories, there are more tales of Shreddy and his techno-mystical adventures in The Necromouser and Other Magical Cats, on-sale from FurPlanet for the rest of the month and also available through Amazon.  It would make a great book to read for the end of Furry Book Month.

Shreddy wasn’t worried at the time.  She’d taken up a hobby before, growing orchids, and he’d found her pastime perfectly delightful.  Delectable, even.  This time, the Red-Haired Woman decided to grow something that Shreddy couldn’t eat. END_OF_DOCUMENT_TOKEN_TO_BE_REPLACED

Shreddy never had a particular taste for fish, but he’d been in a sour mood for days.

The Red-Haired Woman had won their latest skirmish over the orchids.  She’d cordoned off the kitchen window with chicken wire.  Shreddy rattled the wire, pulling with his claws at the edges.  He shoved his face into the few centimeters between wire and wall, wrinkling his nose and squinting his eyes at the discomfort, but the wire didn’t have enough give.  Shreddy couldn’t get his head through. END_OF_DOCUMENT_TOKEN_TO_BE_REPLACED

Gerty had been snuffle-snorting about the melon patches all morning.  She was looking for little people to play with, but all the bugs and mice seemed to be hiding today.  Dormancy was in the air.

She tried asking a bird to play with her, but it was so high in the branches of the karillow tree that she had to shout at it.  And the master scolded her for barking.  The bird flew away anyway.  They always did.

END_OF_DOCUMENT_TOKEN_TO_BE_REPLACED

I personally discovered ROAR the first time I attended a furry convention.  I was still getting my bearings, trying to figure out what furry writing was all about, so I picked out a few books from the FurPlanet table to buy and take home.  One of them was ROAR Volume 2.  Perhaps that’s why I’ve always thought of ROAR’s role as being the perfect introduction to furry fiction. END_OF_DOCUMENT_TOKEN_TO_BE_REPLACED

The scraggly white kitten crouched, trembling, behind the crates of fish.  The smell was thick, but the scraps were thin.  She’d been skittering from one stall to the next at Fisherman’s Wharf all day, mewing for bits to eat.  Few of the vendors favored her with more than a glance.  One had chased her off with a broom. END_OF_DOCUMENT_TOKEN_TO_BE_REPLACED