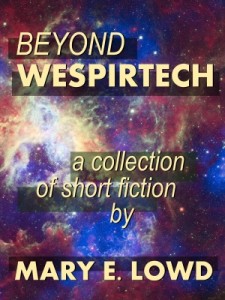 The glittering galaxy around Wespirtech is filled with exciting aliens and foreign colonies, long forgotten by the Human Expansion. Read about canine aliens and their dying sun, sentient trees, and a planet where all the colonists are conjoined twins…  Beyond Wespirtech!