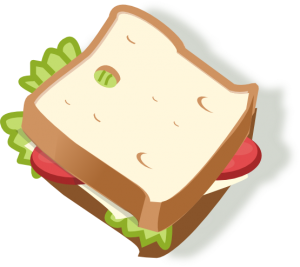 Originally published in Spaceports and Spidersilk, Vol. 5 No. 1, March 2012

“I’ll have the tuna fish.” Lawrence closed his menu.

“Are you kidding?” Jeggy said. “Don’t order that. It’s like eating apples in Aruba.”

“What are you supposed to eat in Aruba?” Lawrence eyed the other patrons of The All Alien Cafe suspiciously.

“I dunno. Something exotic.” As Jeggy was saying it, too late for him to stop, both their eyes fell on the gentleman being seated at the table next to them. He had six crab-like legs, a carapace covered in hexagonal spikes, and a spiny, bushy, green tail. “Something tropical.”

Their new neighbor clacked a friendly claw and picked up his menu. He looked a little like a pineapple.

Lawrence stuck with the tuna fish.